We’re going off the standard post for the week.

Let me tell you a little story.

Our toilet has been leaking water for a while. Little puddles here and there around the base… sometimes in front, sometimes behind. How long, I’m not sure. I do know that my mother had said something about it the last time she was here… and that was in August.

It hasn’t been consistently leaking. It would do it for a while and then stop. Here a little, there a little. We’d tried in vain to find where it was coming from… from the tank? From the porcelain bowl of goodness? From another unknown spot?

I am not a plumber, okay? I cook. I preach. I play Nintendo. I make jokes. I sew stuffed animals. That’s about it for my skills.

But Monday night I saw some water drip from the bolts under the tank when a flushing took place.

And so, armed with my Google-machine and stupidity, I decided that we would try to fix this bad boy. According to the internet, all I needed to do was get a “tank to bowl” kit and replace the bolts.

So Tuesday morning, I went to Canadian Tire, after dropping the kids off at school, to pick up this mystical “tank to bowl” nonsense. $6.99… not bad. Easy fix.

I cam home, turned off the water connected to the toilet, drained the tank, and used a sponge to get whatever water was left. Then, I tried to remove the bolts.

They wouldn’t come off. Of course they wouldn’t. I twisted and tugged and worked on getting them off for much longer than I should’ve. I even tried to spray them with some lubricant to loose them up. Nothing. They were too rusted.

The internet told me that I could cut them off with an angle grinder. Neat. I didn’t have one. But, I found one on sale for a reasonable price and ran out to get it.

When I came back, I tried to cut the bolts off, slightly terrified because I’m not used to power tools.

After a few sparks flying in my face, I decided that I should probably protect my eyes a little better. Only I didn’t have safety glasses, so back to the store I went.

With much trepidation I managed to grind the bolts off. I’m such a man, I know. It smells great… even the smoke alarm agreed with me.

I started putting the bolts on. Turns out the kit didn’t have enough washers, according the the kit’s own instructions. Deadly. Out to Home Hardware I go to get some more washers.

I attached all the bolts and washers and other nonsense, put the tank back, and turn the water back on. The tank fills up nicely. No leaks. Good. Now for the flush test.

All of the water drains from the tank directly onto the floor.

Clearly the middle gasket I got didn’t fit right, right?

So back to the store to get a better fitting gasket. This time, I pick up the whole plug/”flapper” dohickey too, just in case.

I get back home, take the tank off, replace the gasket with a better fitting one, put the tank back on, hook everything up, turn the water supply on… and immediately it starts leaking from the bolts.

Clearly the bolts aren’t tight enough. I must needs tighten the bolts!

And then the toilet broke. Just a big ole crack in the back.

And once again, all the water in the tank ended up on the floor.

Some words were said at a loud volume.

By this time, it’s 2 o’clock. I started this whole charade at 8.

Looks like we need a new toilet altogether now because I’m wonderful.

Trisha, Lucy, and I went to Rona to pick out a new toilet. We decided to go with one of those nifty water saving jobs with the two buttons on top, European style. Also, it reminded us of our little apartment in Benin. We got it loaded up, my friend Greg agreed to come help me install it properly, and then we got the other kids from school.

I started prepping for the assistance of good kind Gregory… shop-vacced the water out of the old one, removed it, scraped the wax off the “flange” (weird little circle thing in the floor that connects the toilet to the pipe via the hole in the floor), and plugged the pipe to stop delicious fumes from coming back up into the house.

As I’m cleaning the wax of the ole flange, I discovered that it, too was broken… So alas, we had two leaks! Sooooooo back to the store I went to get a new flange. Turns out they have two different styles; one goes over the pipe, one goes in. No idea what we needed, so I got both because by now, I’m sick of going to stores.

Greg came over and we discovered that it was glued pretty well…the only way to get this bad boy off was to cut it. I didn’t have a saw because I’m me, so he ran home to get his. After an hour and supper or so, he came back and we cut and chiseled that bad boy off. I went downstairs and held the pipe up so that he could reach it well enough to glue the new one on.

Everything is going smoothly now.

We put the wax ring on (it seals the whole deal), put the toilet in place and bolted it down.

Oh right. There’s a rag in the pipe. Oops.

The time had come. Tank time.

The toilet was too close to the wall!

That’s when we learned about, what we in the plumbing business call, a “Rough In”.

The rough in is the hole in the floor where the ….rough…goes…in… Most standard toilets have a rough in that is 12″ from the wall, which is what the toilet we had bought was. However, this rough in in this bathroom was a delightful 10″.

Of course! Why not?

By now it’s after 7pm and all the stores around here are closed because we live in the middle of nowhere. So, Greg and I call it a night.

I needed a different toilet.

I searched online to see if anyone nearby had a 10″ rough in. There were a couple places in New Minas (30 mins away) that had some, but they wanted $350+ for such rare commodes, and ONE in Bridgetown at Home Hardware for $179. Ugh.

The church/parsonage has an account with Rona, so I went there first thing in the morning to explain my predicament (they were who I’d got the other toilet from). I asked them if they had any 10″ guys… but of course they didn’t.

Then I went to Home Hardware in town, just to check. They didn’t either… but he told me about an “off-set flange” that you could get. It extends a 10″ to a 12″. Cool. That’s easy.

I went back to Rona to see about this off-set nonsense and to pick one up. (Also to talk to Greg who works next door to Rona.) The guy at Rona told me that he’d found a 10″ rough in at their store in Kingston (10 mins away). Sweet. He gave them a call to see if they had it still, and to see what condition it was in.

After waiting 20 minutes to hear back from Kingston… it turns out that the one they had was missing parts and had a cracked bowl. Thanks, guys.

Greg’s schedule is pretty flexible this time of year, so he came to give me a hand. We cut the new flange off and put on the off-set one.

There wasn’t enough room in the floor space. The off-set one is taller, you see. So we cut the new, good one off for nothing.

I decided that I’d drive to Bridgetown to get that 10″ guy they had… but first I was going to call them because I’d already been burned once today.

I called the guy. He couldn’t find one in the system. Wonderful. But it says you have one online? “Oh,” he says, “Can you give me the product number?”

Sure, I’ll do your job for you. I don’t even care anymore.

He found the toilet with my help, and so off to Bridgetown I went. The toilet was in pristine condition. Just a porcelain beauty. 50 minutes later, I was back in Middleton, returning the off-set flange and the other one I didn’t use, and picking up the one that we’d cut off an hour ago.

Greg the Great came back and we glued the new flange on, put down a new wax seal, bolted the bowl down, and got the tank ready.

It was a Christmas miracle!

I’ve never been so happy in all my life.

But wait! That was too easy.

Back to Rona for a water line.

We got it hooked up, turned on the water… AND NOTHING LEAKED! It was so beautiful, I almost cried.

By the time this was all said and done… it was noon on Wednesday. A mere 28 hours after I started “fixing the toilet”.

We’ve kept the fancy Euro one for downstairs (it has a 12″ rough in) because the one downstairs is a bit sketchy too. But that’s a different job for a different day.

Greg and I are now available for bookings if you are interested.

So what? Cancel reply 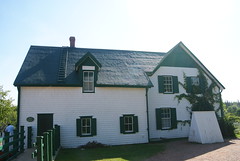 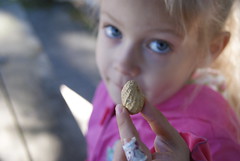 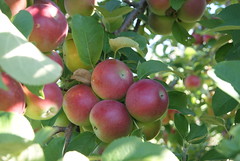 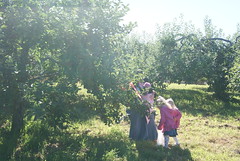